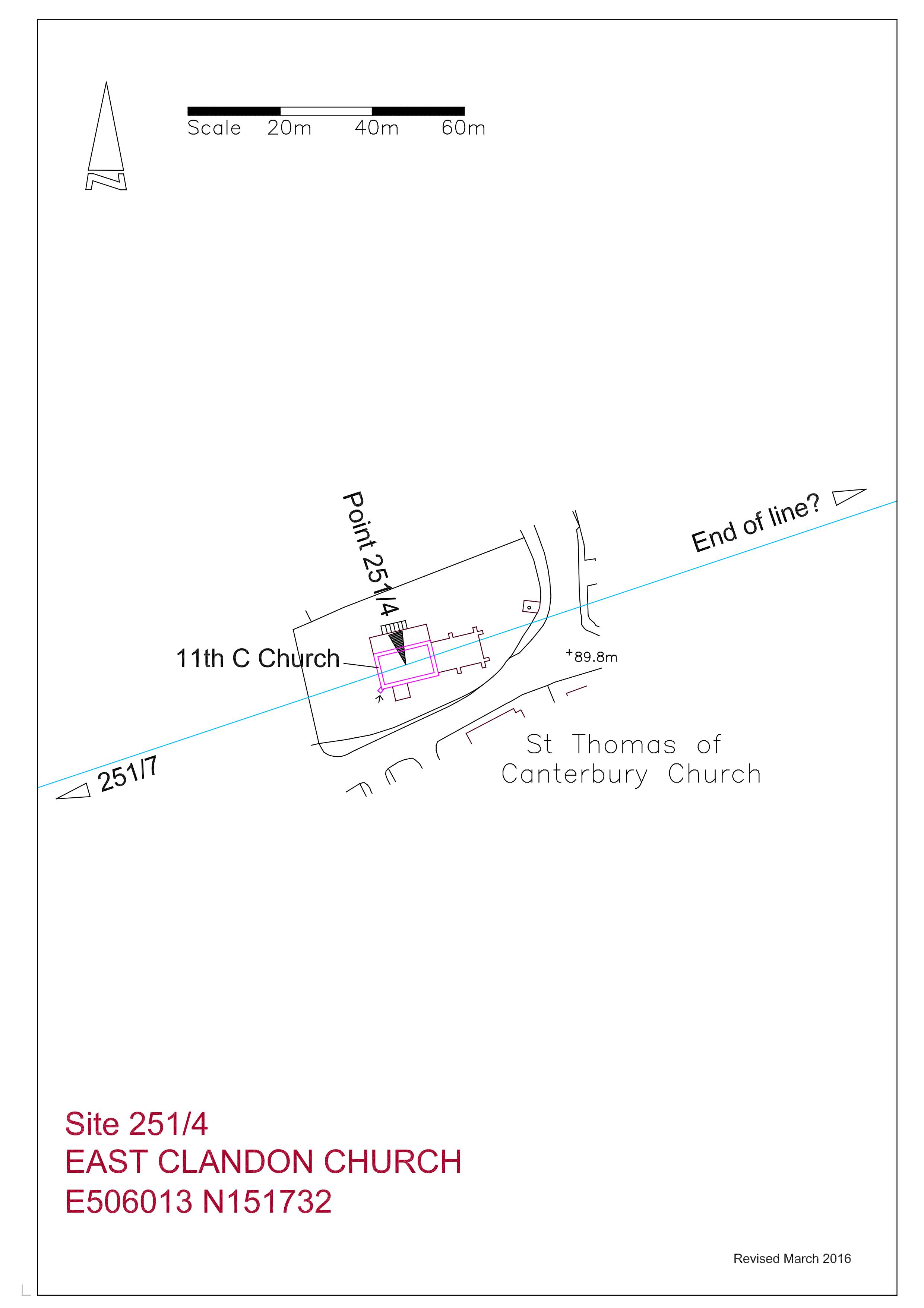 : The original numbering of this line was intended to take in the churches of West Horsley and West Clandon, but neither of these churches is close enough to the alignment, West Horsley being 30 metres to the south and West Clandon is 45 metres to the north.   It is thought that the rough alignment of these churches is because the hamlets they serve were established upon the spring line of waters issuing from the interface between the clay of the London Basin to the north and the chalk hills of the North Downs to the south.

We use cookies to ensure that we give you the best experience on our website. If you continue to use this site we will assume that you are happy with it.OkPrivacy policy