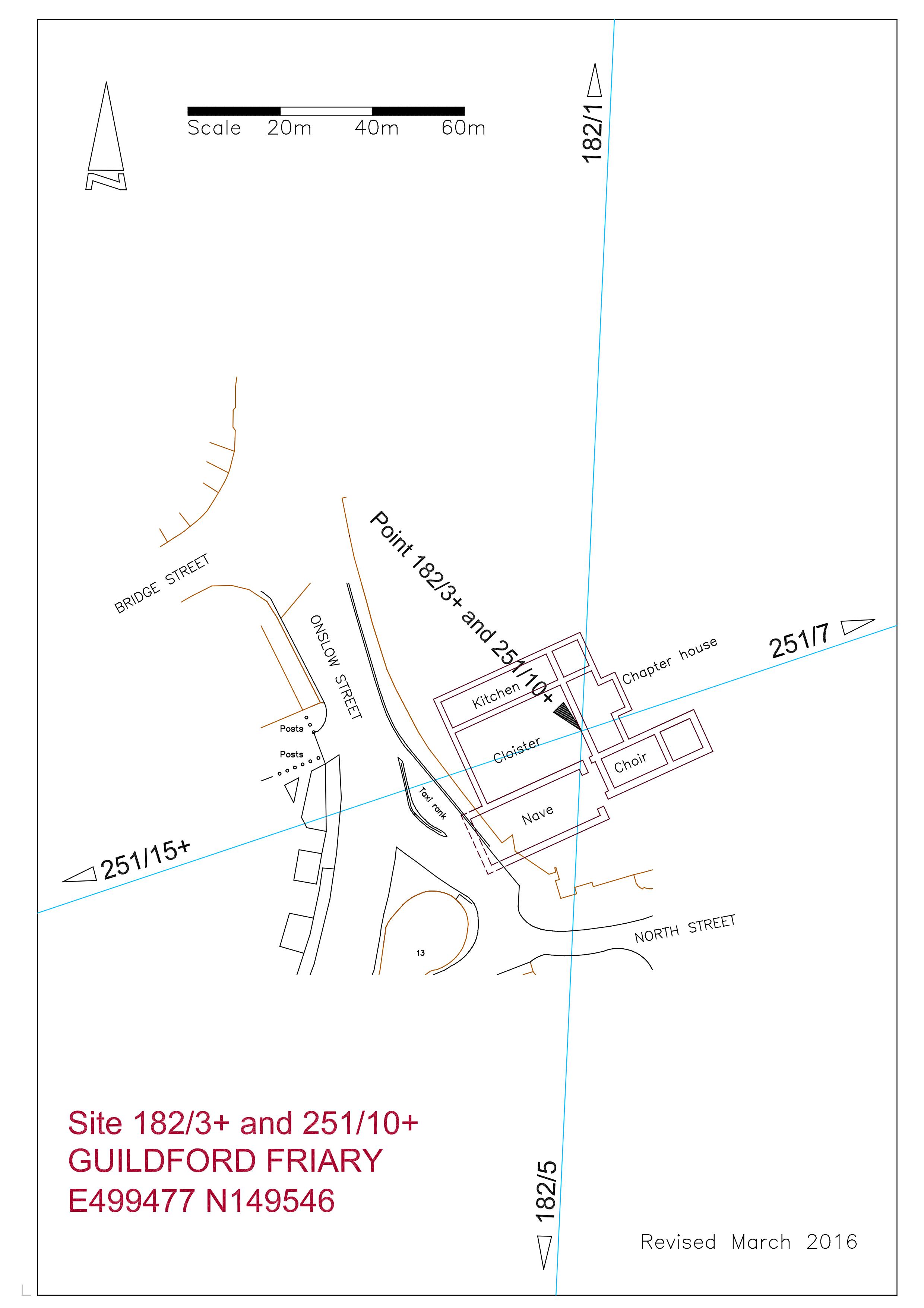 It has always been interesting to me that the site is on the South Line, being the central spine of the ten-degree alignments, but the actual location of the friary is poorly defined on the Ordnance Survey, shown only as a comment ‘Site of  Friary founded 1275’, therefore the accuracy of any alignment had been unverified, but I have now obtained a copy of the ‘Research Volume of the Surrey Archaeological Society No 9’ titled ‘Excavations on the Site of the Dominican Friary at Guildford in 1974 and 1978’, by Rob Poulton and Humphrey Woods, published by the SAS in 1984.   By today’s standards the location plan is not brilliant, being more of a sketch than a survey, but with enough information to allow me to enlarge it to 1-200 scale enabling the measurement of the discovered foundations and adjoining streets to be transferred into AutoCAD.  This digital drawing was overlaid on my OS masterplan as a block and adjusted to obtain a best-fit with the neighbouring streets.  The report also included an aerial photograph of the excavated site which I have used to further enhance the fit, and I now feel that I have the position of the friary buildings to within perhaps three metres of accuracy.

My wife examining the excavations

The area of the demolition of the old Friary Meux Brewery to facilitate the construction of the Friary Centre shopping mall covers a large area and the excavated foundations take up perhaps about fifteen per cent at the most.   Therefore I was surprised to see that the two alignments passing through the site crossed within the Chapter House, with the SOUTH LINE passing through the nave at the choir end (see plan).

Photographs showing the stages of construction show that the archaeological remains were dug away to allow for the underground parking and foundations to the shopping mall.  Only the west end of the nave is unexcavated as it lies just within the roadway of Onslow Street, maybe one day it will be possible to reveal this to accurately survey the location of the Friary. 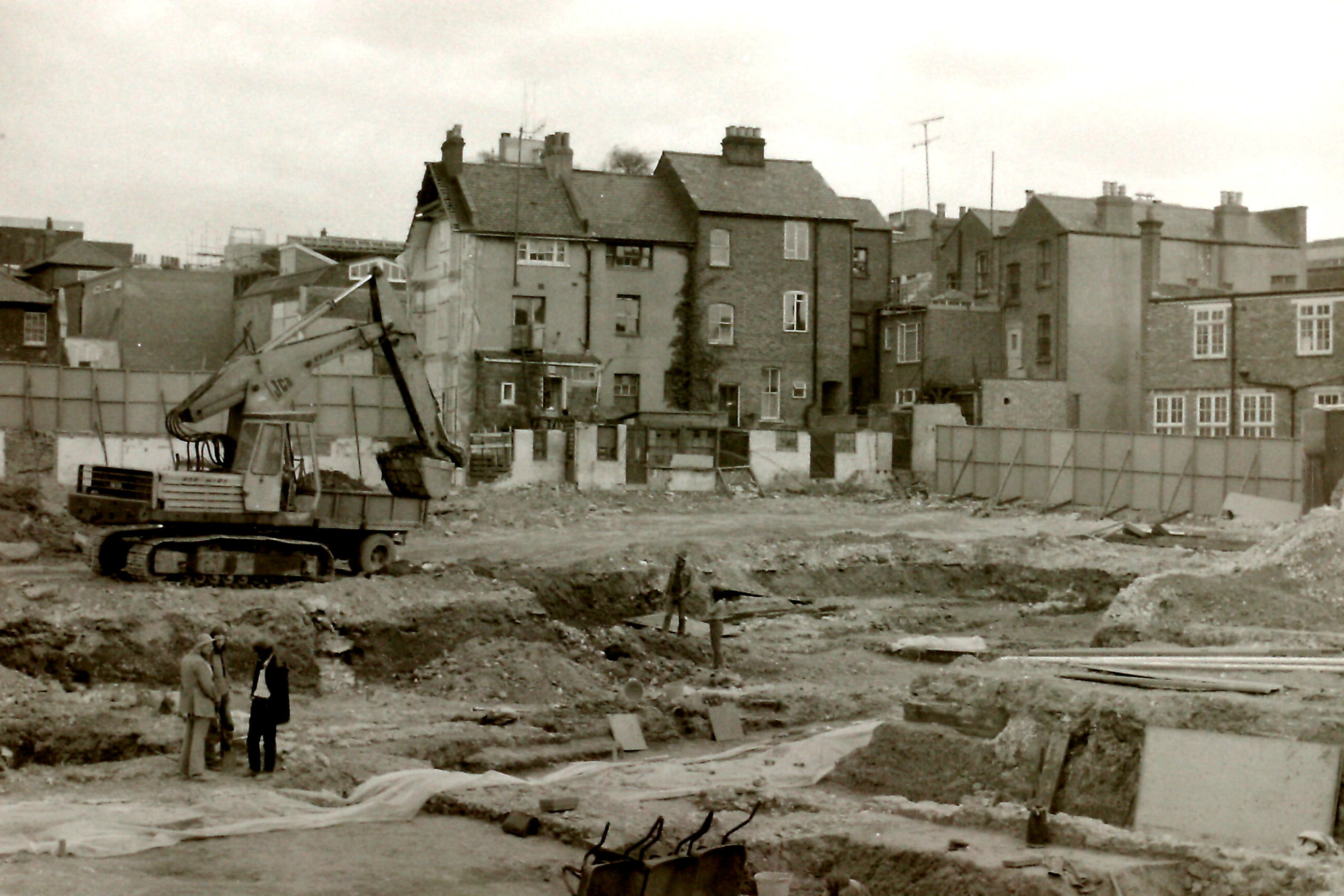 I think this is looking east across the site but background buildings have gone making it difficult to orientate.

We use cookies to ensure that we give you the best experience on our website. If you continue to use this site we will assume that you are happy with it.OkPrivacy policy